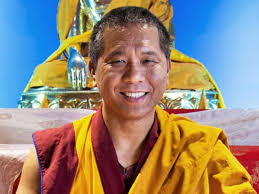 Grounds and Paths of Secret Mantra, with Geshe Ngawang Samten, Thursdays 7-9pm
Tantra Grounds and Paths of Secret Mantra offers a concise overview of the structure of the Tantric path, widely acclaimed in Tibet as the swiftest and most sublime means to realize Buddhahood. Presenting the paths of all four classes of tantra, while not being a guide to Highest Yoga Tantra practice itself, this subject provides a clear overview of its complex path structure.

The text for this subject will be “An Excellent Explanation of the Principles of the Grounds and Paths of Mantra According to the Arya Tradition of Glorious Guhyasamaja” composed by Yangchen Gawai Lodoe. The discussion group will run from 6pm-7pm before the class.

Geshe Samten attained his Geshe degree at the highest level of a Lharampa, the equivalent of a PhD in Buddhist Philosophy. He taught as a lecturer in the Gelug tradition at the Central Institute of Higher Tibetan Studies, Sarnath. Since 2003, Geshe-la has been the main resident teacher at VI.